My mother believes that boxing should be banned. She is right that the head injuries incurred by boxers are troubling and can cause physical and psychological problems down the line. She is right about mafia involvement in boxing. However, I think there are other steps that can be taken rather than banning the sport outright.

Boxing should be cleaned up. Steps should be taken to prevent fighters from incurring head injuries. A new set of criteria should be developed for choosing a winner in a match as opposed to the K.O. Whenever someone is knocked out, they have incurred a head injury. Head injuries are serious business, and the aftereffects can last a lifetime, particularly after multiple head injuries have been incurred.

The general public does not realize just how serious head injuries are. They see people getting knocked over the head on television, and that person gets up a bit later with a headache but is all right. In reality, a head injury is much more serious. There can be lasting aftereffects including dizziness, recurring headaches, seizures, mood swings. Head injuries can even kill.

I believe that boxing is a legitimate sport, but the aspect of head injuries very definitely needs to be addressed. The champion can’t very well enjoy the winnings if they are struggling with post-concussion syndrome for the remainder of their life, or worse, if their life is over because of an ill-fated blow.

I love this guy. He’s one of my favorite modern football players, and, overall, he seems like a nice kid. But his silly antics get him in hot water time and again. I keep hoping he’ll outgrow it. He has too much going for him to waste it on getting in trouble over foolish behavior like this.

Boys and girls, if you have limousine service at your disposal 24-7, there is no excuse for driving drunk, EVER!

I know that most of us think we are better at everything when we’re drunk. Still, if you get busted driving drunk and you could have had your drunk ass taken back home in style, I cut you no slack.

Even for us common folk, most bars get you a free cab ride home if you’re plastered.

Driving drunk may seek okey-dokey, until you wrap your car around a tree or worse, kill someone.

Just don’t do it. 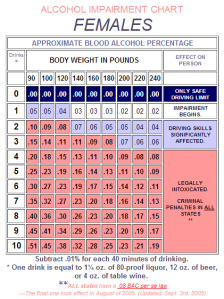 I like football. I’m not a fanatic, but I do enjoy watching games. It was tradition every Thanksgiving to gather around and watch the game while the meal cooked. Granted, there tended to be the traditional “guys watching the game, women in kitchen” aspect. My eldest sister liked watching football. My middle sister (our own Aurora Hylton) really only enjoyed watching live games. The televised ones bored her.

The culture surrounding sports is different now than it was in bygone days. Players used to be held to higher standards as representatives of their organizations. Now they tend to get away with sometimes truly appalling acts and are not punished the way the average citizen would be for the same crime.

Do I think that Aldon Smith should be allowed to return to football? Absolutely. Firing a gun in a crowded room was ill-advised, but he committed the act because he was feeling threatened, not because he was intending to harm anybody. As well, he is battling substance issues, but he is by no means irredeemable. Hopefully he will come out of treatment a stronger person.

Do I think that Michael Vick should have been allowed to return to football?

Never in a million years.

His actions were not simple errors in judgment. He knowingly and callously caused the suffering and death of numerous animals. He should not be allowed to enjoy the high salary and regard that come with being a star player on a major league team.

Sporting leagues have a tendency to gloss over the indiscretions of their players. Athletes should be held to the same standards as regular citizens. The punishment should properly fit the crime for everybody.

...because everyone has a little story

Welcome to our World of Supernatural Rejuvenation. Jensen and Jared are the gift that keeps on giving. Reality is fluid, most things in life are just an optical illusion so sit back and enjoy the ride. Hopefully you brought your sense of humor with you. Otherwise you are in the wrong place.

Haibun Thinking
A Glass of Bubbly

Meandering Musings of a Muddled Mind

A dose of fetish. Good friends. An incomparable muse.

the blog of foz meadows

A Library of Literary Interestingness

"There is some good in this world...and it's worth fighting for." ~ J.R.R. Tolkien

Fostering a community of creative writers through articles, comments, writing prompts and a healthy, supportive environment.

This WordPress.com site is the bee's knees

The Art and Craft of Blogging

The latest news on WordPress.com and the WordPress community.